EUREKA – A blog by John Bailey

Robbie Northman and I couldn’t believe our eyes. There in our beloved Wensum, along a stretch of weed strewn gravel laid FOUR pristine barbel. Now, as we all know, our smaller rivers like the Wensum have had a hard time of it this century. Predation, water contamination and abstraction have all combine to make life for roach, chub and barbel tough indeed. Could we catch them??? 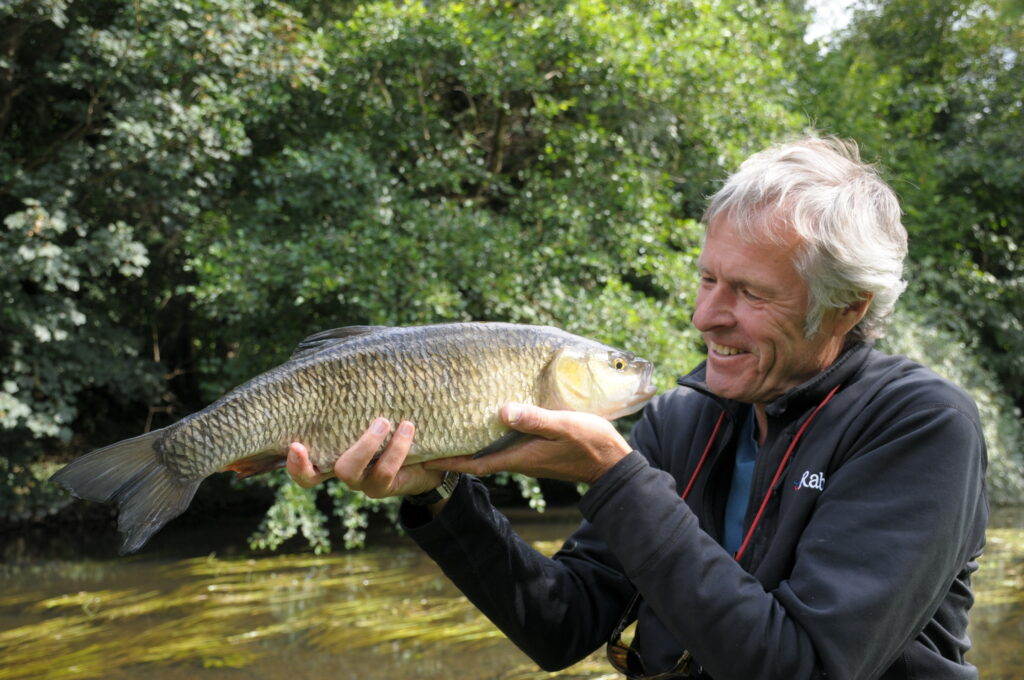 To find four fish like these has been something of a miracle these ten years past. 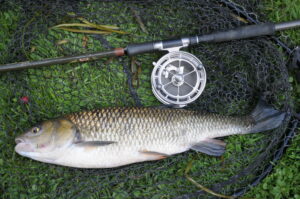 Our gear was straightforward. We shared an Avon rod, Piscario pin, loaded with 10lb line and attached a size 8 with hair and a single SSG a foot above it. You do not get more simple and direct than that. The big que 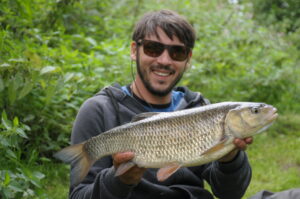 stion was whether we could make it past the legion of chub that followed the barbel around, outnumbering them at least 10 to 1?

We baited heavily with pellet and boilies, getting all the fish feeding hard. Both of us were in the river, in waders, the water up to our knees. We could see every fish, every mouthful of food taken. Over and over we resisted casting to a barbel simply because a knot of chub had drifted too close. These were big barbel between 8 and mid doubles and a single mistake we knew would be a disaster.

Blast. Robbie had bait snatched from under a barbel’s nose by a 5 pound chub. Double blast. My turn but the same thing happened to me. The barbels were growing restive. We rested the swim and thought things through. Next attack was to feed the bottom of the glide hard with pellets, trying to draw the chub off downstream to give us a barbel window. Trouble was that the barbel followed the chub and any cast would mean we would be fishing blind.

Our next thought was to string four boilies together on the hair hoping the resulting bait would be too big for the chub to take in. Think again. All the Four Boilie rig did was to drive the chub into a shark like frenzy and two chub later we packed up that approach as well. By then, the barbel had all but disappeared into the endless belly of alder and willow tree roots. The show was over for the day. But we’ll be back. This scenario is not new. You just have to be patient I guess, wait your chance and get bait in exactly the right place at exactly the right moment. Then not mess the strike. Then manage to hold a torpedo from the tree roots. That is where the pin comes in of course. You can lock down on one like you never can on a fixed spool.