Imagine the River Wye in late summer, gloriously powering its way from its source in the Welsh mountains, rolling imperiously to the sea. Friends Pete Bennet and John Bailey have waded out to a gravel island halfway across the river. Beneath them the rapids sing out their song of barbel. Indeed, as Pete and John set up the rods, vibrant fish roll in the quick, surging current. It’s pulsating stuff. There is no road noise. There is a buzzard overhead, a kingfisher shooting past, a bullet of halcyon light. It’s a float job this, both men decide. ‘You could ledger it’, Pete said, ‘but float would be better.’ And of course, on a river like this, on a swim like this, working a float demands a centrepin.

The session unfolded as magnificently as you would hope. Barbel up to eight pounds came their way, their fight in the rushing water was spectacular each time.  The anglers had to wade out, the full force of the Wye against their calves and even thighs. This was white-knuckle stuff, edge of the seat coarse fishing. Coarse fishing, what a splendidly inadequate name. This was elemental fishing. Fishing as it should be. Fishing that sometimes you only dream of, hardly ever daring to think that you can one day put it into practice.

The great days are when all the disparate parts of the sport somehow, amazingly lock into place to create the most magical of jigsaws. The river was beautiful, the sky was blue with fluffy white clouds and the fish were obliging. Fishing gear should be secondary in such a scenario but it’s not. Fishing gear is the tools of the trade. Nice rods, beautiful floats and, of course, finely balanced centrepins all play their part in the overall enjoyment and satisfaction of the day.

John Bailey has always said that you just cannot properly trot a river with any other reel but a centrepin. A great day trotting for barbel on the Wye. 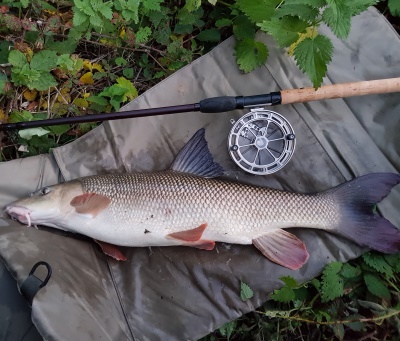 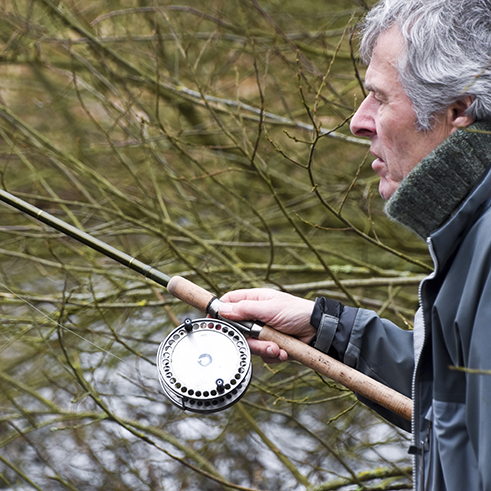 A LABOUR OF LOVE

It sounds traditional, fuddy-duddy, a voice from another age but, of course, John is supported in his view by thousands of experienced anglers. A centrepin is, in many ways, a niche reel, a reel for the connoisseur, a reel for the most precious moments. That’s how this journey began. It’s not been an easy one. Historically, there have been so many great centrepins in the past that it is impossibly difficult to improve on near perfection. The first Piscario reel is the product of over two years’ testing, discussion, development, and frequently rejection. Little by little, flaws have been ironed out. Much of the progress has been made on the riverbank or on the pools, fishing for barbel, chub, roach, tench and even carp. With peter's time-served expert engineers, in the workshop, responding to the suggested improvements. Fine-tuning. Never on this long journey has good been seen as enough. Magnificent has been the watchword.

Back in the pub, planning the next adventure Pete (Precision Engineer) began to talk about precision crafting a new centrepin in titanium, that's when John’s ears really pricked up. There may well be demand for an English, precision crafted centrepin using state of the art material and engineering tolerances following in the long line and tradition of great centrepins from the past. Rosewood to bakerlite to aluminium and finishing, for the moment, with aerospace titanium. Centrepin adoration will never cease as long as there are anglers.

A truly wonderful centrepin is an object of desire as well as a superb, workable tool. This would be something completely different. A fishing reel that perfectly compliments your fishing rod. A centrepin reel made of titanium that will be as perfect in a thousand years as it is the moment it comes from its presentation box, a reel that you could drop into the River Wye and come back a century later to find, dry out and use all over again? A reel that doesn’t begin to sag with age, wobble on its spindle with use? A reel that you can buy, use, adore and pass on generation to generation? You don’t own a reel like this, you are simply the guardian, protecting it, fishing with it and handing it on to generations of fishermen to come. 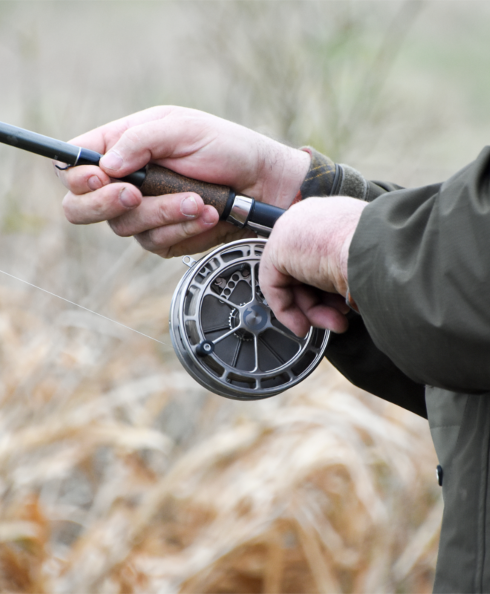 For me, the development of fishing equipment is a natural step to take. I have been fishing with my brothers from an early age and then latterly running an engineering company with the eldest.  After many years of making parts for a multitude of people and applications I decided, with the help of John, to follow in the company tradition of making the best possible parts and equipment, but this time parts that I could contribute to and use. With the help of all of the skilled craftsmen in our Christchurch based factory, we developed an engineering marvel. A reel machined to six hundredths of a millimetre balanced to perfection that requires little or no maintenance. A reel for life. 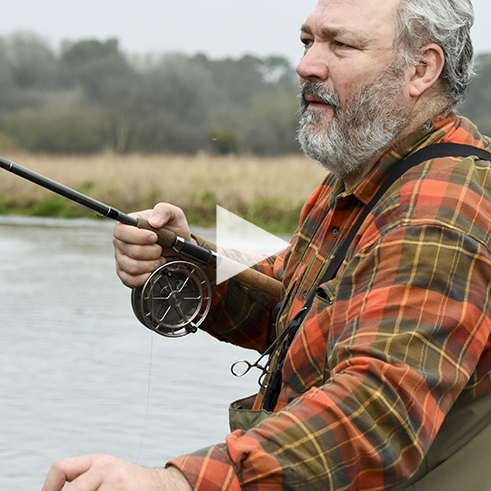 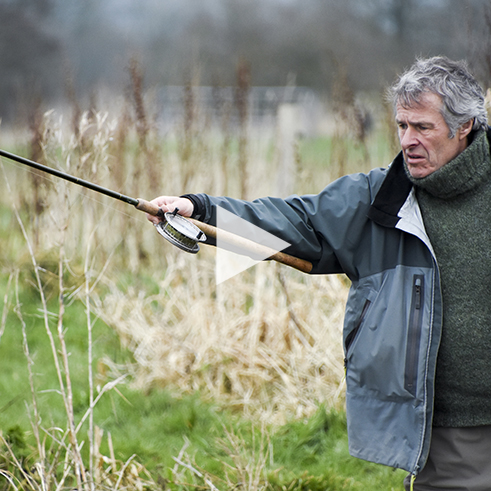 I am absolutely passionate about fishing and have led the most fortunate of lives. I've been incredibly lucky, and I know to some extent you make your own luck, but I have been fortunate to have been helped endlessly and tirelessly by some great anglers and friends to truly experience life and angling.

I love fish, fisheries and fishing and in some ways see myself as a traditional angler but I also like to keep up with modern trends, trying new things to enhance the fishing experience. To mix the old and the new, traditional and innovative, to truly find that illusive fish and experience.

“Sculpted of out solid titanium for strength and to resist the elements by time-served professional engineers. this is uk engineering at its best, made with pride and dedication by craftsmen. a reel for life.”